You grant your consent to all cookies by clicking on the “Accept all” button. If you want to accept only technically necessary cookies, click on the “Only necessary“ button.

Accept all Only necessary Settings
Menu

The role of nitric oxide during embryonic wound healing.

The study of the mechanisms controlling wound healing is an attractive area within the field of biology, with it having a potentially significant impact on the health sector given the current medical burden associated with healing in the elderly population. Healing is a complex process and includes many steps that are regulated by coding and noncoding RNAs, proteins and other molecules. Nitric oxide (NO) is one of these small molecule regulators and its function has already been associated with inflammation and angiogenesis during adult healing.

Our results showed that NO is also an essential component during embryonic scarless healing and acts via a previously unknown mechanism. NO is mainly produced during the early phase of healing and it is crucial for the expression of genes associated with healing. However, we also observed a late phase of healing, which occurs for several hours after wound closure and takes place under the epidermis and includes tissue remodelling that is dependent on NO. We also found that the NO is associated with multiple cellular metabolic pathways, in particularly the glucose metabolism pathway. This is particular noteworthy as the use of NO donors have already been found to be beneficial for the treatment of chronic healing defects (including those associated with diabetes) and it is possible that its mechanism of action follows those observed during embryonic wound healing.

Our study describes a new role of NO during healing, which may potentially translate to improved therapeutic treatments, especially for individual suffering with problematic healing. 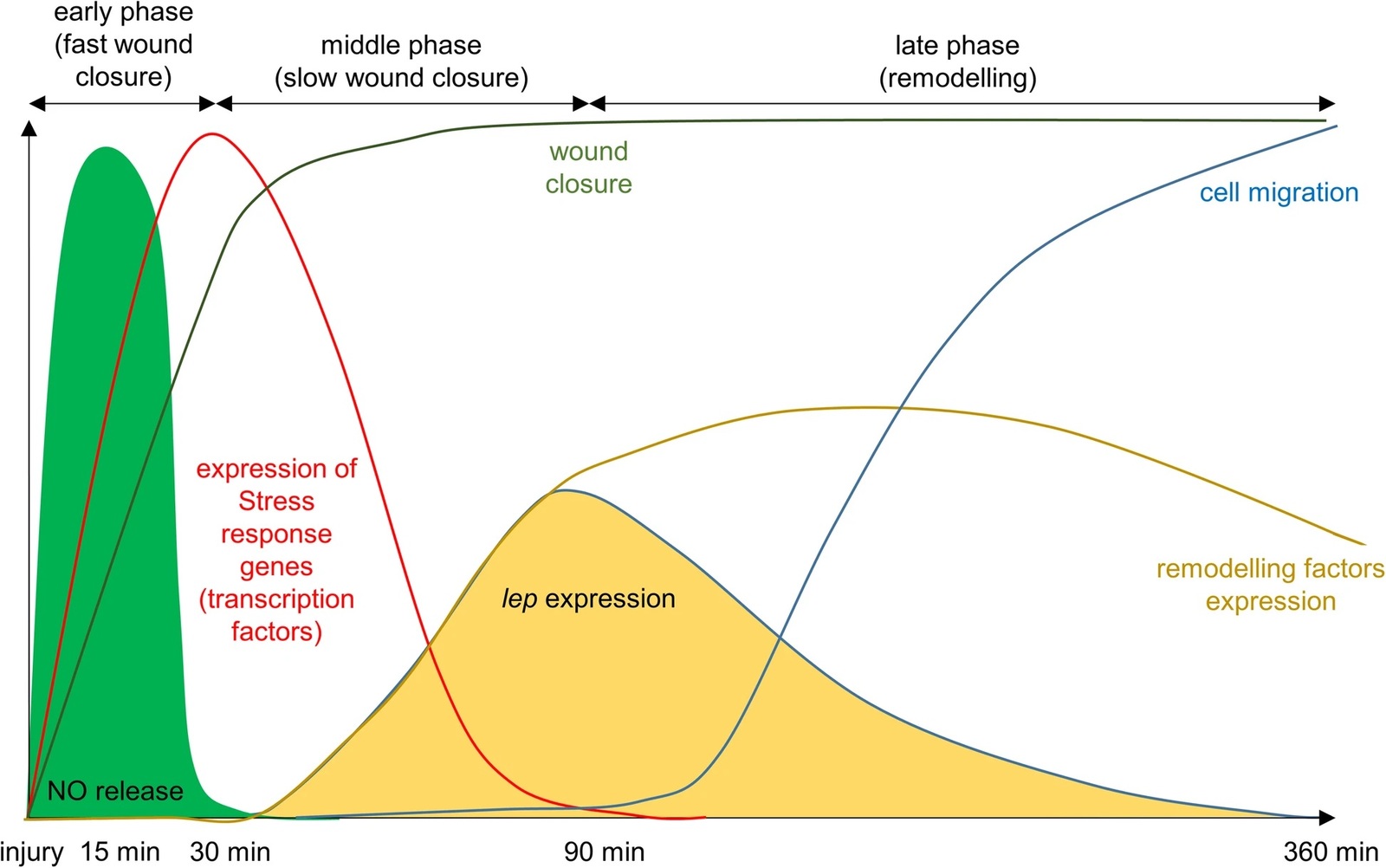